SO excited to announce that I have been invited and accepted to contribute to a book on dealing with pregnancy & infant loss that is meant to aid health professionals in understand how to better work with these parents.

The Book is called Our Only Time by Amie Lands and it will be out in just a few weeks!

(More info on the book here)

Its surreal to be in a space where I am viewed as an expert and where my experiences are noted in a platform different than an individual level when I am talking to other loss mamas.  Each and every story has value and I don’t mean to negate any of that – the one on one work I do is just as rewarding to help mamas navigate grief, but building a name for myself and the Tangerine Owl Project in the world of care and insight for bereaved parents in the face of healthcare providers and other professionals is such a wonderful feeling.

Once again, I am honored to be thought of and I applaud Amie and the other contributors for continuing to give voice to these mamas, and to hope that my words may help comfort those going through their own hell by knowing they are not alone and by guiding those health care professionals with them at this time who are tasked with the damn near impossible and completely unnatural – walking with these families towards the death of their child and navigating the road after with them.

In the past few months, I have been working in tandem with numerous other professionals with a variety of backgrounds to contribute to online course material developed for professionals working in the NICU.  This is a collaborative project between the National Perinatal Association, Patient+Family Care, & the Preemie Parent Alliance is called My NICU Network.  I am honored and privileged to have been included in developing part of the curriculum that will be provided to NICU professionals to help them further understand and work with these unique families.

Providing perspective as an expert in the unit on Pallative / Bereavement Care on how to interact with bereaved parents or parents whose babies are expected not to make it has been very fulfilling.  Not gonna lie, it was difficult to have to put myself back in that NICU room, back into the worst day of my life on an emotional level.  I don’t often like to revisit it, but parents who have been through this can offer exceptional expertise on what can both aid and hinder relationships with professionals in the NICU.  What are things that one may find helpful and consoling, what things should not be said and insight as to why seemingly innocuous or “supportive” words may not come across that way to someone in the crisis of torment, confusion, & grief. All together this is an awesome learning tool for those who don’t interact with these parents all the time and aren’t accustomed to or necessarily comfortable with the ins and outs of NICUs and all that go along with that experience for parents.  It can be a challenging time for both care providers and families, so I’m thrilled to provide any insight that help to provide and guidance that makes navigating the process, along with the other wealth of information that is available through this course.  Please share it with those who may find it beneficial in your networks.

This past weekend I both attended and spoke at the Preemie Parent Alliance Summit.

I was looking forward to it for a long time knowing that I would be reconnecting live & in person with people I haven’t seen since the last summit i was able to attend in Phoenix circa 2014.  Then, I was 2 years fresh off of the loss of Delilah, only a year and a half into running the Tangerine Owl Project and still super motivated to connect with others who wanted to help NICU families.

Though I have kept in touch with and kept a few tabs on some of the amazing people & organizations that I knew, there is just something about being there in person that has reinvigorated the drive in me that has been somewhat lacking, somewhat exhausted, at times somewhat frustrated and disappointed in myself, and even somewhat burnt out.

I felt like I haven’t been able to do a ton of meaning full things for Tangerine Owl for a few reasons over the last few years….  We have had a lot of transitions in family and work, increasing responsibilities with work, and have taken on more volunteer opportunities around Maternal Mental Health, infant loss, and things at the kids school.  I also had not yet been able to put my finger on exactly HOW to serve people through Tangerine Owl without being a clinician, a licensed anything, or having a ton of disposable income.

Being at this summit for me was a chance to meet and learn from a number of simply phenomenal individuals and give hugs to those who I have missed and talked with virtually for awhile. I learned more about self care and got some pointers on what I can do to help balance myself, I learned what others in the space are doing to care for NICU families and how.  I learned more about a lot of things. I got a chance to relax a bit and indulge a bit.

I also had the honor to present this year.  Those who know me know that I get very anxious about public speaking, it never has been my strong suit and its one of my least favorite things on the planet. BUT, this opportunity was for the greater good; It was sharing information that could help other people, it was giving validity and value to the bereaved parent and what they can teach others but are so rarely considered in transformative opportunities with institutions not centered around bereavement.  So I pushed myself to do it. Even when the people are interested, engaged, and in the same world that you are. My fight or flight response kicked in and I had to breathe through the anxiety.  Which made no sense at all (my head knew there really was no reason to be scared, but my body apparently felt differently)  I was up to 4:00am perfecting my slides and organizing my thoughts.  Worth It.

Travel is always exhausting, and its another source of anxiety for me and another not-so-favorite thing, even when its for something fun. Finding potential future collaborations, building my knowledge, seeing my friend & entrepreneurial mentor. BUT, this was so worth it and I would do it again in a heartbeat.  I realized just how much I missed being with people who are fighting the same battles, and reaching towards similar goals, and recognition for Tangerine Owl was just the icing on the cake.

Thank you to all who attended, led, shared, laughed, cried, guided and encouraged. You are my people and you have recharged me and reminded me that even little things are enough.  It motivates me to keep going and to know that I am making a difference, even if its not what i originally envisioned, as quickly as I envisioned, or even on the same path as I originally envisioned. I continue to learn from and love this group. 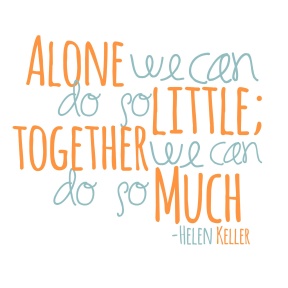 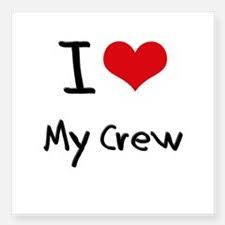